Closing in on the world record – Big Promise Success 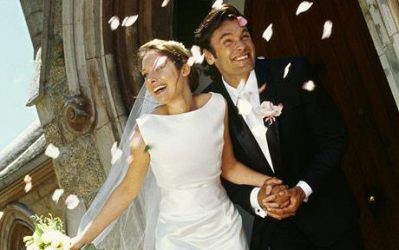 We are waiting to hear formally that we have claimed its place in the Guinness Book of Records.

Holy Trinity church in Meole Brace was one of hundreds of churches across the UK, who hosted the ‘Big Promise’ an attempt to see the most number of couples renew their wedding vows simultaneously.

‘Over 40 couples joined us on 8 Feb to renew their vows on what was a very special evening.  We welcomed both those who had been married very recently and those who had been together for many years, including one couple who ‘tied the knot’ at Holy Trinity Meole Brace over fifty years ago.

The current world record stands at just under 1,100 couples renewing their promises at the same time, but Phil was confident that this had been beaten.

‘On the last count, we understand that over 1,400 couples took part in the ‘Big Promise’.  We are still waiting for formal confirmation from the officials who verify these things, but it looks as if we have secured our place in the record books’.

Meanwhile, we have a bumper crop of weddings booked for 2014,