Faith Stories – A Christmas to Remember

For many people going to Germany pre-Christmas must mean just one thing… Christmas markets. But for Mike and Julie Kim, and a few others, they headed to Germany in December 2015 for a very different reason. 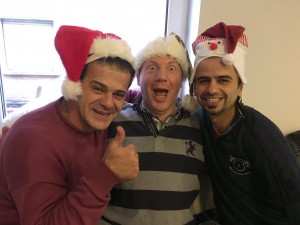 After decorations were down, and the fridge was empty of leftovers someone asked one of my kids what the best thing about Christmas had been. “Visiting the refugees in Germany.” “What, better than any presents?” “Yes, making them happy was the best part of Christmas.” I shouldn’t have been surprised, as I think it would be safe to say that it was the same for all fourteen volunteers, who gave their time and energy to travel over to Neuss, near Dusseldorf in Germany, and put on three Christmas parties for almost one hundred refugees. The smiles on their faces and the outbursts of laughter in the party games were moments to treasure, especially after hearing stories of what they had been through to get there, and how lonely some of them were feeling so far away from home. 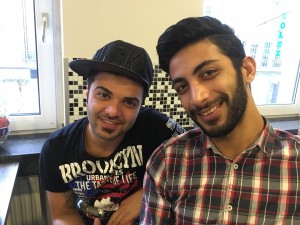 Hassan, an Afghan civil engineer, had to escape from the Taliban after helping an American company rebuild roads and bridges. Ali, a surgical dentist, told sadly of how his home town in Syria had been completely destroyed. As a young Syrian mother told of the terrors crossing from Turkey to Greece, her six-year old son piped up: “I was so scared, I couldn’t stop screaming.” But now, here they were celebrating Christmas with us. “We have never experienced anything like this,” commented one father.

It had all started as an “impossible project”, a desire to bring joy and blessing to those who have not known much of it, but with no team, no finance, and no idea of how to organise a place to hold the parties from so far away. We could only pray – and God answered in such an amazing way. In less than a month we had a team of fourteen, the six thousand pounds we needed to fund the parties and buy winter coats for those who came, and a booking to use a Turkish Halal restaurant for three parties. 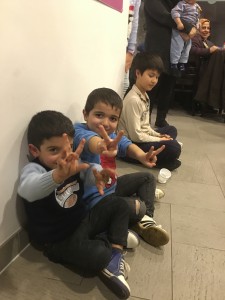 A big thank you to all who gave to support this project. Teams will be visiting regularly from now on. Anyone interested in being involved, please contact the church office.

“The hardest bit was seeing where the refugees are living, and listening to their stories of what they have been going through. My favourite bit was bringing them happiness, and seeing them enjoy themselves after all they had suffered!” Miriam Hubbard (12)

Christmas letter from us all at Trinity