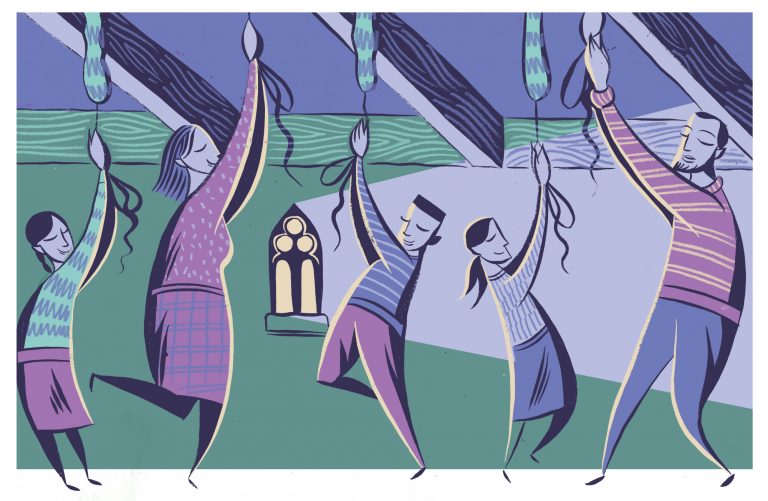 Taking place on Sunday 22nd July, all five levels of the tower will be open, including the parapet at the very top. The team of bellringers will also be out in force with a demonstration of English change ringing, as well as guided tours of the tower being offered at 2pm and at 3pm.

Meanwhile – just four years after the new ringing team was formed – plans are underway for training yet another group of bell-ringers. During the week beginning Monday 20th August there will be teaching sessions every day from 5pm to 6pm. This is a chance for anyone who thinks they might like to learn to ring and join the Meole band.

We are doing all this in 2018 because in November there will be a special focus on bells and ringing as we commemorate the 100th anniversary of the Armistice. Anyone starting to learn in August and making a commitment should be ready to take part in ringing on 11th November.