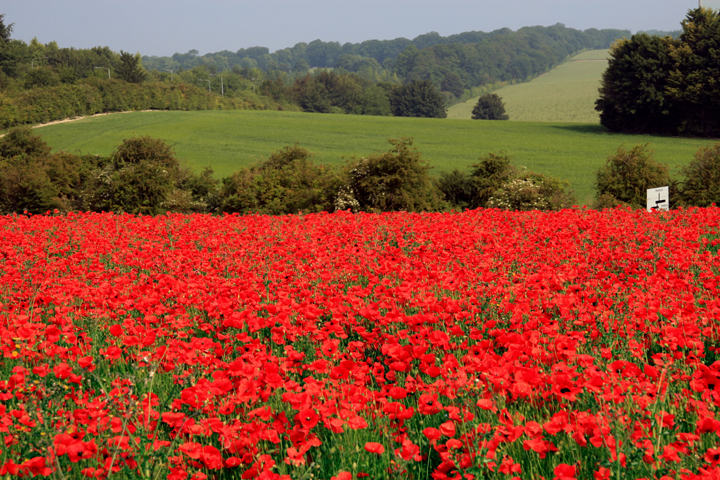 The next weeks, months and years will see many opportunities to remember the centenary of World War 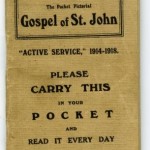 The Great War saw 65 million troops mobilised, and no village, town, church or community was left unaffected. The first day of the Somme saw 20,000 killed and 38,000 wounded, and more than 15 million people lost their lives as a direct result of the conflict. Rightly the years 1914-1918 will be commemorated up and down the country through memorials and civic events.

I was sent recently a replica copy of the “Active Service” gospel, a pamphlet of John’s gospel given to millions of troops on active service in the war. They were designed to be carried in the front pocket of an army uniform, and on the front it says “Please carry this in your pocket and read it every day.” As Lord Roberts wrote in the foreward, “I ask you to put your trust in God. He will watch over you and strengthen you. You will find in this little book guidance when you are in health, comfort when you are in sickness, and strength when you are in adversity.”

How true those words were, and still are today. In God’s word many soldiers, sailors and airmen found peace when they were afraid, strength when they were under pressure, and comfort in the face of death.

Stories abound at this Bible. One soldier wrote “Only recently I was in a very big engagement, when bullets and shells were bursting around us every minute, and none of us knew when one would burst and blow us to pieces. Dear friend, that was the time when I turned to God and prayed for protection, and he has answered my prayers.”

At the back of the gospel was a “decision form”, which men were invited to sign as a gesture of commitment, for their own assurance as they faced their fears of death. The decision forms were to serve other purposes too. When a soldier died, his possessions were returned to his family. Many families discovered a signed form, sometimes from a loved one who had never before shown an interest in the Christian faith. In some instances, bodies were recovered that could only be identified by the signed gospels. And of course for others, the Gospels were carried home and treasured as keepsakes. Many of them have been passed down through the generations, the decision form with its name and date testifying to the memory of family members who served in the First World War. 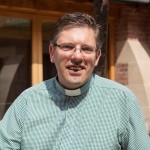